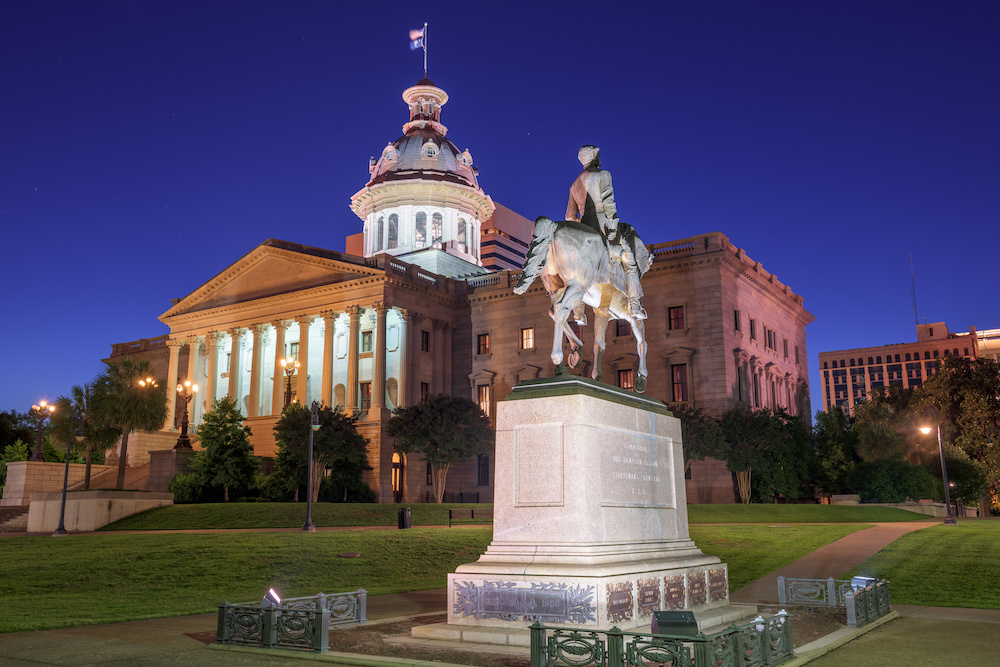 Republican and Democrat voters across the Palmetto State cast ballots on Tuesday to determine their parties’ representatives in the November general election.

Representing that district since 2012, Rep. Rice was one of a handful of Republican members of Congress who voted to impeach then-President Donald Trump following the U.S. Capitol events of January 6, 2021. Trump, who carried the district with 59% of the vote in the 2020 presidential election, endorsed Fry and denounced Rep. Rice, a decision widely seen as causing the incumbent’s defeat.

However, the former president’s influence was not absolute. Trump’s endorsement of former U.S. Rep. Katie Arrington over current U.S. Rep. Nancy Mace was not enough to oust the Republican incumbent. Mace, who received former Gov. Nikki Haley’s endorsement, was critical of President Trump after January 6th but did not vote to impeach him.

Governor Henry McMaster beat his GOP primary opponent, netting 83% of the vote. In the general election, he will face former U.S. Rep. Joe Cunningham, who won a five-way race for the Democrat nomination.

Remarkably, both primaries for Superintendent of Education head to runoffs between the top two vote-getters. On the Republican side, Ellen Weaver of the Palmetto Promise Institute will face Kathy Maness of the Palmetto State Teachers Association, while Democrats Lisa Ellis of the advocacy group “SC for Ed” and Gary Burgess of the Anderson County Board of Education will vie for their party’s nomination. Primary election runoffs will take place on Tuesday, June 28.

All Republican statewide incumbents were victorious on Tuesday night. Secretary of State Mark Hammond, Commissioner of Agriculture Hugh Weathers, and Attorney General Alan Wilson won their primaries, while Treasurer Curtis Loftis ran unopposed for the GOP nomination. Comptroller General Richard Eckstrom was reelected by default because he had no primary or general election opponent.

Members of the state Senate will not face reelection until 2024.