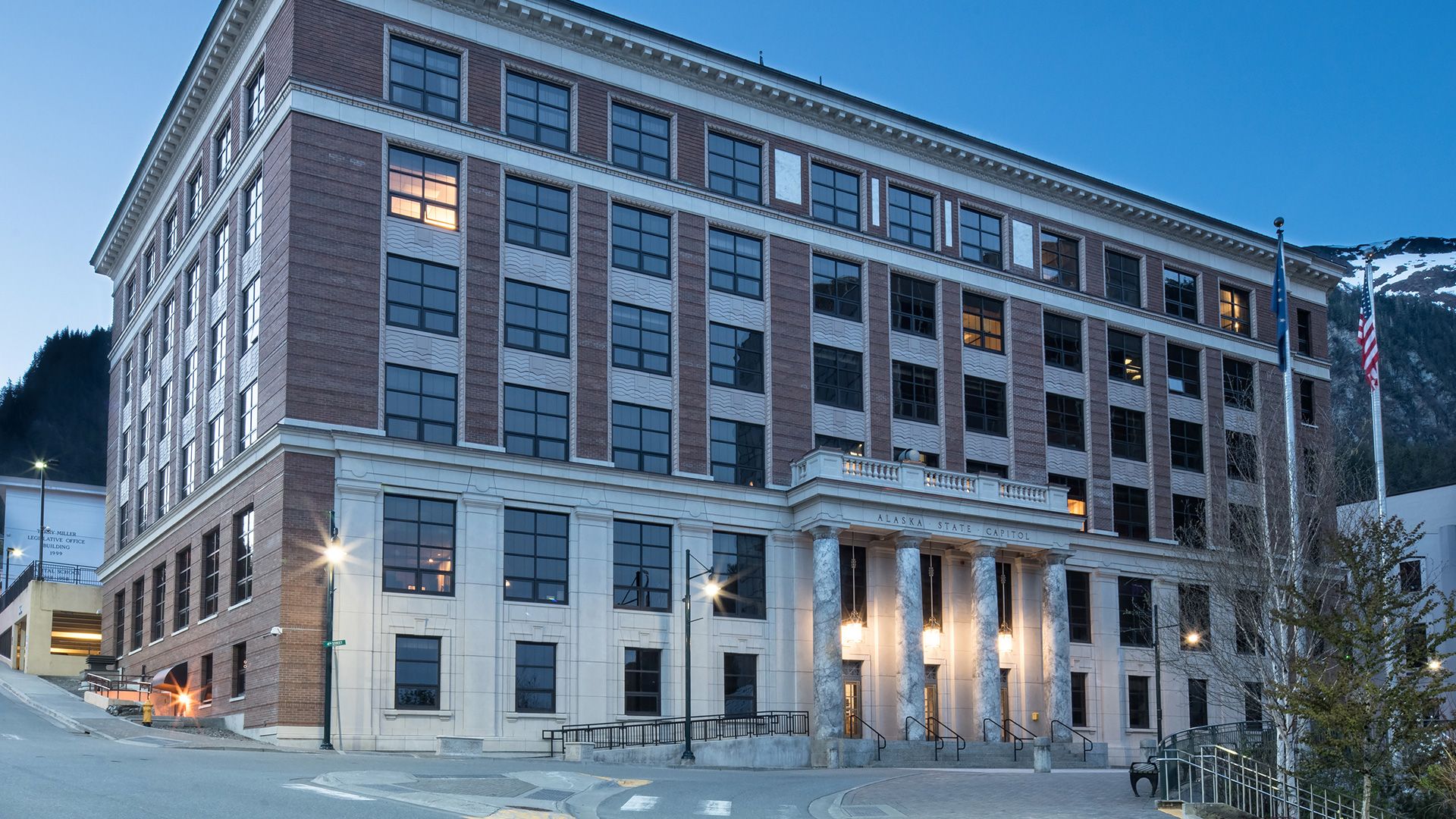 The Alaska Legislature’s 2022 session began Tuesday and will continue for three months. Lawmakers face the prospect of a similar session to last year’s when they could not agree on a state budget – a stalemate that almost led to a shutdown of state government in June. However, with 2022 as an election year, legislators may focus on presenting the voters with a more collaborative example of government.

In 2021, the Legislature met in a four-month regular session and two 30-day special sessions. This year, 58 of the 60 House and Senate members must stand for reelection because, following reapportionment, the boundaries of several Senate districts have changed enough to require incumbents to run again.

With hundreds of millions of dollars coming to Alaska from the federal Infrastructure Investment and Jobs Act, Governor Mike Dunleavy will play a critical coordinating role in managing much of the infrastructure money. However, the Legislature must approve the actual spending as a part of the state budget.

Some of the federal money will expand existing state infrastructure programs, including traditional state transportation areas like roads, airports, ferries, and ports. However, legislators will likely allocate a significant portion to municipal-led infrastructure projects and new programs like broadband. Deferred maintenance on public buildings, particularly those at the University of Alaska, figure to be another priority.

Gov. Dunleavy announced plans to split the Department of Health and Social Services into two separate departments. The agency currently has a budget of roughly $3.5 billion, and the proposed split is intended to bolster efficiency in managing services. With a commissioner, two deputy commissioners, an assistant commissioner for finance, and the chief medical officer overseeing some 3,500 employees, the department is spread thin. Medicaid overshadows other services, accounting for roughly one-third of the state’s total budget.

The governor’s proposal would divide the department into a Department of Health and a Department of Family and Community Services. The health department would include the divisions of public health, behavioral health, healthcare services, and senior and disabilities services, which all provide regulatory oversight, claims processing, and facility licensing for Medicaid programs. The family and community services department would  include the Division of Juvenile Justice, the Office of Children’s Services, the Alaska Pioneer Homes, and the Alaska Psychiatric Institute.

Various divisions would likely feel the most robust impacts of the change, such as finance and management, including payroll, human resources, and IT services.

The proposed agency split has drawn some concerns. Last year, Gov. Dunleavy issued an executive order to produce a similar outcome but ended up rescinding the order due to technical errors and a lack of support in the Legislature. Stakeholder concerns include whether people eligible for Medicaid but who live in state-owned facilities would face a disruption in their Medicaid eligibility. However, supporters say that anyone eligible for Medicaid and receiving services from a Medicaid provider would still be covered.

The split could also move the state away from a fee-for-service model. Alaska is one of the last states in the country to continue using such a model for providing care, and the federal government is pressuring it to move toward a value-based Medicaid care model.

The state constitution requires 20 senators and 40 House members to assemble in person, so conducting remote voting and debate will not be an option this year, despite the ongoing COVID-19 pandemic. Several policies have been implemented to keep lawmakers safe, including requiring masks, a prohibition on reporters in the chambers, and mandatory temperature checks and health questionnaires.

Legislators filed three bills related to COVID-19 ahead of the session. HB 237 would require pharmacists to dispense medications prescribed by a physician “for the treatment or prevention of COVID-19 and related diseases.” It would also prevent the state board from disciplining or denying a license to a pharmacist who administers those medications.

Another bill, HB 238, directs that vaccines cannot be required of a person by “a business, an employer, a state agency, a municipality, the University of Alaska, or a school district” if that person objects on “religious, medical, or philosophical grounds.” It also extends that exemption to minors if their parent or guardian objects.

HB 242 prohibits a person who receives state funds from requiring employees or contractors to get a medical procedure. Several other bills filed by legislators take aim at rules and mandates related to COVID-19.

Over the past several years, legislators have targeted the Alaska Permanent Fund – the state’s $80 billion fund of oil revenue and interest – as a potential option for filling budget shortfalls and funding new programs. For more than 30 years, the fund primarily spent its money on permanent fund dividends for Alaska residents who lived in the state for an entire year and intended to remain indefinitely. But since 2018, the fund has been used to pay for most of the state budget, and the competition between paying dividends and providing state services has created controversy.

Gov. Dunleavy wants to resolve the conflict and has asked Senate finance chairs to hold hearings on his “PFD 50/50 plan,” which involves splitting the annual payment made for state budget support from Alaska Permanent Fund earnings. The governor’s plan would have half of this, or about $1.5 billion, going for budget support and the other roughly $1.5 billion going to fund a larger permanent fund dividend. Had the plan been in effect over the past year, the dividend would have been about $2,000. Currently, the Legislature sets the dividend based generally on funds available, amounting to about $1,200 this year.