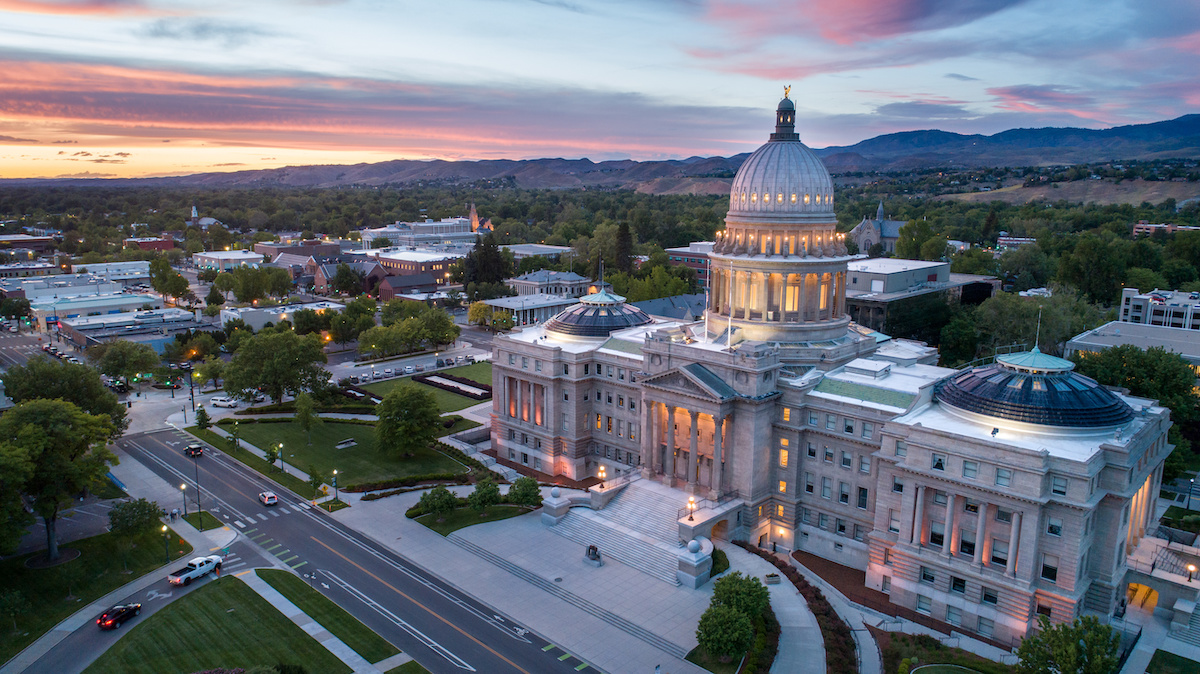 Coming on the heels of Idaho’s longest-ever legislative session, state lawmakers are committed to wrapping up the 2022 legislative session by March 25th. In response to criticism of last year’s elongated session, legislation to establish a set Sine Die date for regular sessions has been introduced. However, similar proposals from the past have failed to gain much traction due to their restrictive nature.

The upcoming primary and general elections are further fueling lawmaker’s motivation to conclude their business at the Capitol swiftly. New district lines have been drawn as a result of this year’s redistricting process, and dozens of incumbents will subsequently be pitted against one another at the polls. All 105 seats in the Legislature will be up for re-election this year, as well as the Governor and all other statewide positions. The primary elections are scheduled for May 17th, so legislators are eager to get out on the campaign trail in their new districts.

Legislation to exclude Medicaid payments from the income used to determine property tax reductions has been sent to the Senate floor. Idaho maintains a redistributive program for property taxes for low-income households living in homes with low property values. These homeowners can qualify for a special property tax break, offset by General Fund dollars transferred from the state to the county where they reside. SB 1259 would expand this redistributive program by creating an income limit exclusion for payments received as an enrolled Medicaid provider from the medical assistance program.

A proposal to create a Rural Nursing Loan Repayment Fund has been introduced into the legislative pipeline. Monies allocated to the Fund would pay educational debts for nurses committing to practice in designated rural health shortage areas and critical access hospitals in Idaho. SB 1287  proposes funding $25,000 per year for 10 applicants, or an allocation of $250,000 per year, ongoing.

A slew of bills relating to workers’ compensation and employer vaccine requirements have been introduced in the House:

The House also approved HB 444, which would extend immunity for businesses, schools, and government agencies against lawsuits on COVID-19 exposure. It is up for consideration by the Senate.

The Senate State Affairs Committee advanced legislation to require post-election audits of a random selection of counties after a general or primary election. Deputy Secretary of State Jason Hancock proposed SB 1274 and said the audits – a practice that many states have already implemented – would increase public confidence in election results. While county clerks would develop the exact procedures for conducting the audits, media, candidates, and representatives from political parties would be guaranteed access to the process. The bill includes an emergency clause, meaning it would go into effect immediately upon the governor signing it into law.

Governor Little signed HB 436 – the state’s largest tax cut ever and the first bill introduced this session – into law on February 4. The package, which draws from this year’s $1.9 billion budget surplus, retroactively went into effect on January 1. It includes a one-time $350 million expenditure for tax rebates to most Idaho taxpayers and $251 million in income tax reductions on an annual basis beginning in 2023. The state will distribute the rebate to Idahoans this spring and lower the income tax brackets in July. According to the Governor’s estimates, the state will send more than $1 billion in income tax cuts to Idahoans over the next five years.

A proposal to boost Idaho’s grocery tax credit was taken up by the full House last week, where it passed 40-27. HB 509 would increase the food tax credit for all eligible residents from $100 to $120, and for eligible seniors from $120 to $140. The maximum credit amount hasn’t been changed since 2015, and current inflation rates have compounded the need to adjust the tax credit to current economic conditions.

Lawmakers are still divided on how to best address rising property taxes that are burdening homeowners across the state. Several proposals to increase the pool of senior homeowners eligible for the state’s circuit breaker exemption have been introduced, but no legislation has received support from both chambers thus far.

A panel of Idaho lawmakers introduced SB 1309 on February 11. The bill would allow family members and others to sue medical professionals for providing abortions after six weeks of pregnancy. The committee will hold a public hearing on the bill at a later date.

The Senate passed SB 1262 and referred it to the House State Affairs Committee. The bill would exempt firearms from a section of Idaho code that currently allows the government to confiscate personal property (e.g., construction equipment) if warranted during an emergency. It would also declare firearm-related commerce an essential service and therefore unable to close during a mandatory shutdown.