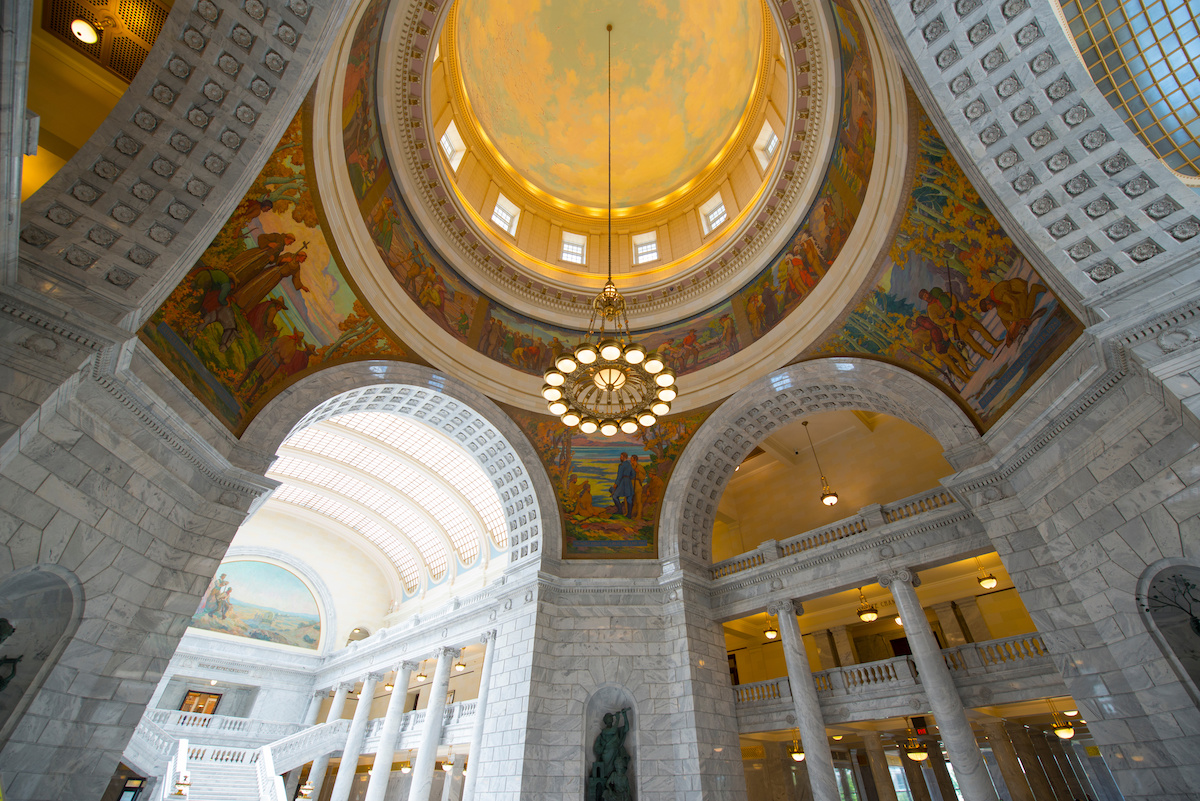 The Utah Legislature returned to Salt Lake City on Tuesday, January 18, to start its 2022 legislative session, which runs for 45 days. Due to the recent surge of COVID-19 cases, Senate President Stuart Adams and House Speaker Brad Wilson have agreed to hold a blended, virtual session, similar to the 2021 general session. Both lawmakers and the public can join either remotely or in person at the Capitol.

Utah lawmakers will consider more than 1,000 filed bills that touch on COVID-19, taxes, water, transportation, affordable housing, and more. In addition, they have seven base budgets to pass as they begin the six-week general session, even before addressing the larger overall state budget.

Base budgets use the previous year’s spending as a framework for the upcoming year. The Legislature must pass each one to ensure that funding is set aside for appropriation priorities while leaving flexibility for discussion and debate. Legislative rules require distributing the base budgets on the session’s opening day, and legislators must pass this year’s versions within the first ten days.

Each subcommittee combines its final products into a cumulative document, then debated, amended, and ultimately passed – typically in the legislative session’s last days or even hours.

Currently, the state has about $1.07 billion in rainy day funds among its general, education, Medicaid, and disaster recovery reserves – up from $834.6 million in 2020.

One of the bills up for discussion by legislators would address a growing problem by enhancing the penalties for violent patients who attack healthcare workers. Hospital administrators have reported seeing an increasing number of violent patients kicking, punching, and biting their employees. Currently, a federal law enhances the penalties for attacks on emergency room workers, imposing up to $2,500 in fines and up to one year in prison. HB 32 would apply those enhanced penalties to attacks that happen in hospitals, clinics, and doctors’ offices, with some exceptions for people with mental health issues.

Unlike last year, legislators will not have to undergo routine COVID-19 testing to participate in person. Biweekly testing is recommended but not required for staff and legislators (required for interns). To simplify testing, at-home kits will be provided to legislators, staff, and interns starting the second week of the general session.

Gov. Spencer Cox and legislative leadership have vigorously stood against government-mandated COVID-19 vaccinations. The state joined several multistate lawsuits against the Biden Administration’s rules requiring the vaccine for government employees and testing or vaccinations for large private employers. State leaders also moved to weaken vaccine requirements, with proposals filed for the 2022 session that would limit the ability of private companies to require vaccinations for their employees and customers.

Legislative leaders prioritized reducing state taxes in 2022. Legislative analysts predict the state will have $930 million in new ongoing funds and more than $1 billion in one-time funds to spend this year. Last year, they agreed to nearly $100 million in tax cuts and considered more this year, setting aside $160 million to reduce taxes in Utah.

Gov. Cox suggested using the $160 million surplus on a refundable grocery tax credit, while GOP leaders would rather cut the state’s income tax rate. They have proposed legislation to lower the state income tax rate from 4.95% to somewhere between 4.6% and 4.9%. The most modest reduction (to 4.9%) would likely reduce state revenues by about $78.5 million annually. Directing the entire $160 million to cut income taxes would lower the tax rate to 4.85%.