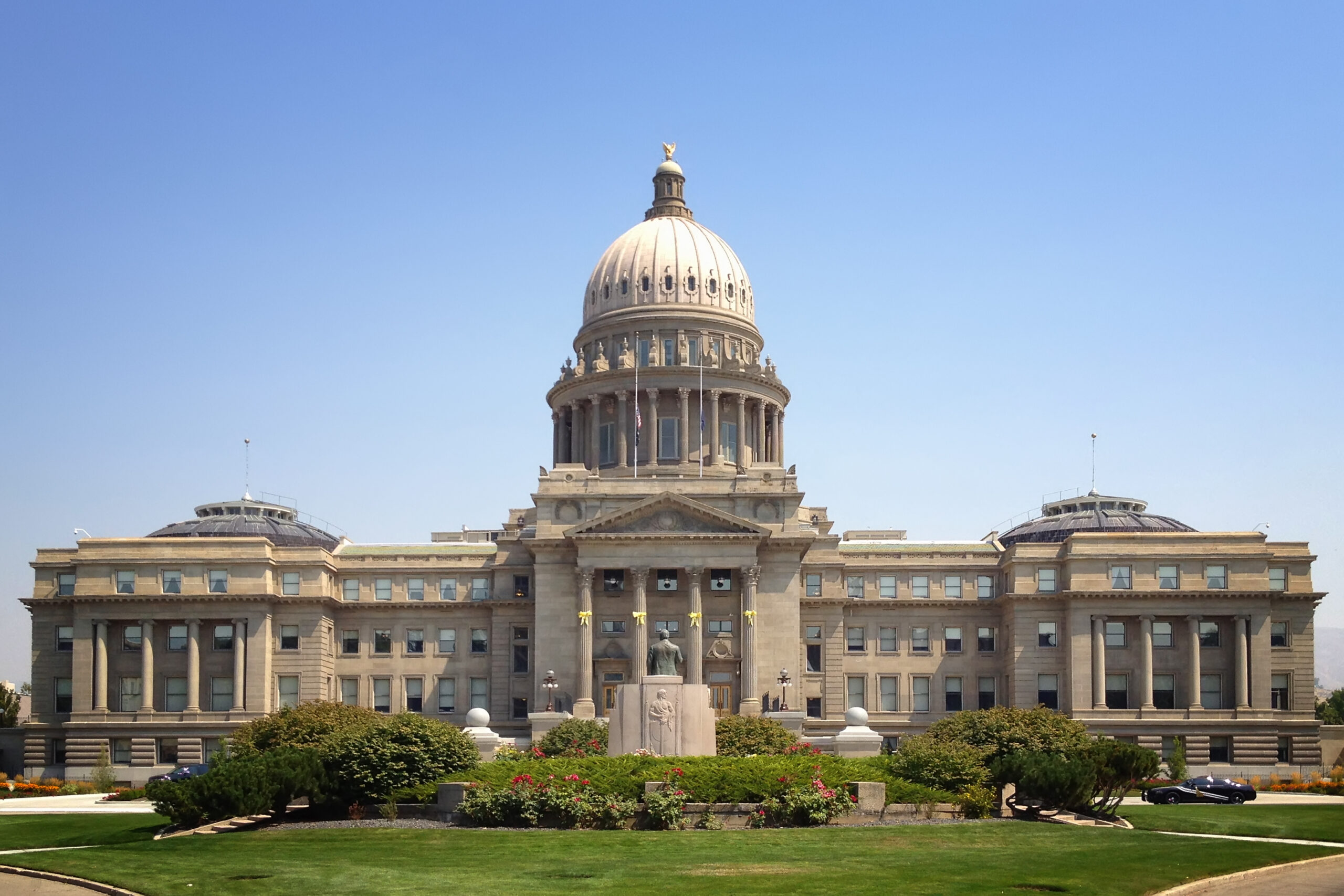 The Idaho Legislature adjourned its 2022 session on March 31, concluding 81 exciting days at the State Capitol in Boise.

Along with cutting taxes, they used the state’s projected $1.9 billion surplus to pay off state debts, build up its rainy day savings accounts, and fund roads, bridges, water systems and other infrastructure projects. They also added teachers and public school employees to the state’s insurance program.

Governor Brad Little vetoed six of the 334 bills that landed on his desk, including the “coronavirus pause act.” The Idaho Senate tried but failed to override his veto of SB 1381, which would have blocked most COVID-19 vaccine requirements for a year.

Idaho will hold primary elections on May 17. Because of once-per-decade redistricting, all 105 seats in the Legislature are up for election this year, as are all statewide offices, including the governor, lieutenant governor, and attorney general. The winners of each party primary will advance to the general election on November 8.

Here’s a rundown of several top issues from this year’s legislative session:

Lawmakers will increase Medicaid provider rates by $27.3 million and fund state employee pay raises as part of next fiscal year’s Medicaid’s $4.04 billion budget – funded by $2.77 billion in federal dollars, $440 million in dedicated funds, and $830 million in state support. The state-funded portion of the Medicaid budget is $60 million higher than in 2021-22 (7.8% increase), primarily due to provider rate increases and greater utilization.

A federal lawsuit settlement led the Legislature to pass SB 1350, which will reimburse home- and community-based Medicaid services by raising hospital assessments. The legislation eliminated restrictive language on how to calculate hospital assessments and the potential uses of that funding, thus enabling the state to draw down extra federal Medicaid dollars to cover $66 million in new payments to providers. The hospital assessment will go into effect in July 2023.

Lawmakers approved $25.2 million for health education programs, including $1.6 million for 21 new residency slots to attract more doctors to Idaho. The state’s FY23 budget also invests $10 million in the health professions building at the College of Western Idaho which will increase the program’s new student capacity by 64% for nursing, occupational therapy, and medical assistants.

HB 718 requires students attending medical school through WWAMI (Washington, Alaska, Wyoming, Montana, and Idaho regional medical education programs) or with an Idaho slot at the University of Utah to practice medicine in Idaho upon completion of their residency program. If they practice elsewhere, they will have to reimburse the state for funding their medical education. This new requirement will affect students who enter those programs for the fall semester of 2023 and beyond.

A concurrent resolution passed by both the House and Senate encourages the State Board of Education to request additional WWAMI seats beginning in 2025.

HB 778 modified the Idaho Patient Act to allow providers to report financially delinquent patients to consumer reporting agencies following nonpayment of medical bills for 45 days. Previously, a provider could not collect overdue bills until 90 days after the patient received a final statement. The provider also had to wait until the “final resolution of all internal reviews, good faith disputes, and appeals of any charges or third-party payor obligations or payments.”

To help Idaho residents amid the worsening housing crisis, legislators used $50 million from the American Rescue Plan (ARPA) to start a state financing program for the construction of workforce housing. The Idaho Housing and Finance Association will manage the program, which aims to build 1,000 new residential units. 20% of the funding must go to projects in rural areas, prioritizing developments with matching funds from local government entities.

The state is currently short 20,000 child care spots, which has limited parents’ ability to enter or reenter the workforce amidst the ongoing pandemic. SB 1408 appropriates $15 million in ARPA funds to the Workforce Development Council for the current fiscal year to facilitate the expansion of child care capacity across the state. This grant program is intended to help Idaho families by providing working parents with access to high-quality child care options.

The Department of Commerce’s budget also includes $50 million to upgrade broadband infrastructure at the direction of the Idaho Broadband Advisory Committee, with the goal of ensuring every rural Idaho community can facilitate remote work, distance learning, and telehealth.

Lawmakers passed a “heartbeat bill” that bans abortions immediately following detection of cardiac activity in a fetus – which typically occurs around the sixth week of pregnancy. Signed by Gov. Little on March 23, the bill allows family members of “a preborn child” to sue an abortion provider up to four years after the procedure takes place, awarding at least $20,000 plus legal fees. It exempts victims of rape or incest, but requires them to file a police report and show it to the provider before the abortion.

Lawmakers increased next year’s K-12 public school budget by $258 million – a 12.5% increase from last year – raising teacher salaries and giving all school employees a $1,000 bonus. The state will also allot $105 million for teachers’ health insurance and $47 million for early literacy initiatives. School districts will decide whether to use that funding to provide optional full-day kindergarten or other early-reading programs.

Additionally, the state increased funding for four-year colleges and universities by 8% and community colleges by 9.9%.