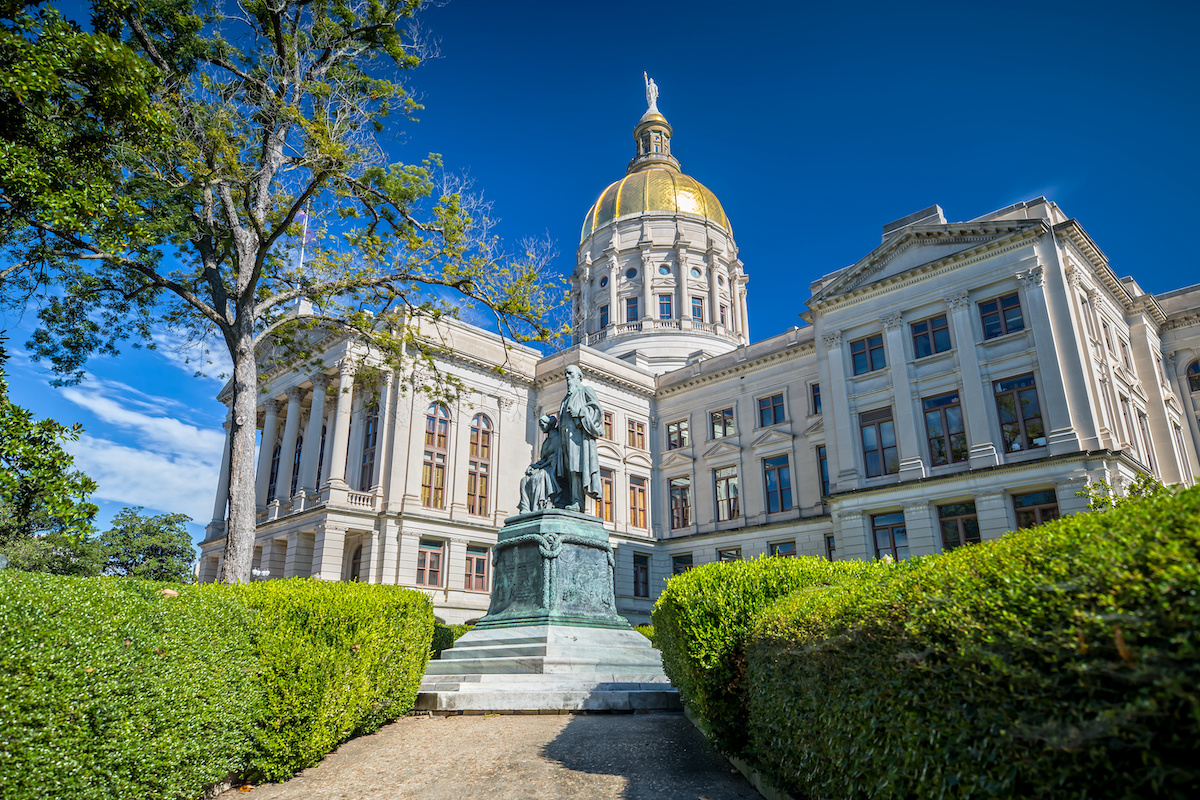 The Georgia General Assembly hit the midpoint of the 2022 legislative session and now looks forward to an April 4 adjournment. The House overwhelmingly passed a $29.9 billion mid-year budget (152-4), which now goes to the Senate for approval.

With state coffers flush with higher-than-anticipated tax revenues, Governor Brian Kemp and the General Assembly are poised to provide election-year dividends through a $2,000 raise for Georgia teachers and a $5,000 raise for most state workers.

The House budget allows the transfer of $180 million from the Low-Income Medicaid program and adds $50 million to cover increased medical and pharmacy expenses. It also directs $2.7 million to the Department of Community Health for the state match of Disproportionate Share Hospital (DSH) payments for private deemed and non-deemed hospitals that serve many Medicaid and uninsured patients.

The Senate unanimously approved SB 338 to extend Medicaid coverage for low-income moms in Georgia from six months to one year postpartum. Georgia has one of the country’s highest maternal mortality rates, with 25.1 pregnancy-related deaths per 100,000 live births (2015-17) – compared to the national average of 17 deaths per 100,000 births. Gov. Kemp’s proposed budget for next year sets aside over $28 million to expand Medicaid. State lawmakers previously extended Medicaid coverage for new moms from two months to six months postpartum.

Legislators have proposed providing $1.7 million to the Georgia Board of Health Care Workforce to fully fund all graduate medical education programs for FY 2022. Also, to address medical staffing gaps, the proposed budget designates $500,000 to the Morehouse School of Medicine to help launch a new nursing program.

The budget earmarks $10 million for school loans for mental health and substance abuse workers, forgiven if employed in Georgia for a specific period. In addition, the Department of Community Health would receive more money to cover the costs of travel nurses contracted to supplement staffing at nursing homes hit hard by COVID-19.

The House has passed HB 867, known as the Truth in Prescription Pricing for Patients Act, which would lower prescription drug prices and increase transparency as to the practices of pharmacy benefit managers.  The bill is now awaiting Senate action.

Alabama-based Twin Pines Minerals recently applied for a state license to mine heavy minerals along 570 acres of Trail Ridge, with the potential for expansion across thousands of additional acres. In response, a bipartisan group of lawmakers filed HB 1289 to block Georgia’s Environmental Protection Division from issuing, modifying, or renewing surface mining permits along Trail Ridge, which serves as a barrier to the Okefenokee Wildlife Refuge, one of the world’s most extensive freshwater wetlands.

The “Constitutional Carry” bill (SB 319) would allow gun owners to carry concealed firearms without a state carry permit. Advocates on both sides cite safety as to why they support or oppose the legislation. The bill cleared the Senate Judiciary Committee along party lines and now goes to the Senate Rules Committee, which will likely send it to the Senate floor soon.

HB 478 would change the standard for admissible court evidence and testimony in criminal cases to match the standard used in civil cases. This new standard would also provide a list of factors that a judge may consider help determine the admissibility of scientific evidence or witness testimony.

Law enforcement agencies accepting foundation funding would have to spend it on at least one of the following: hiring more officers, raising officer pay, buying equipment, working with mental health “co-responders” to answer calls that may warrant intervention with a mentally ill person, or providing violence avoidance training to officers.