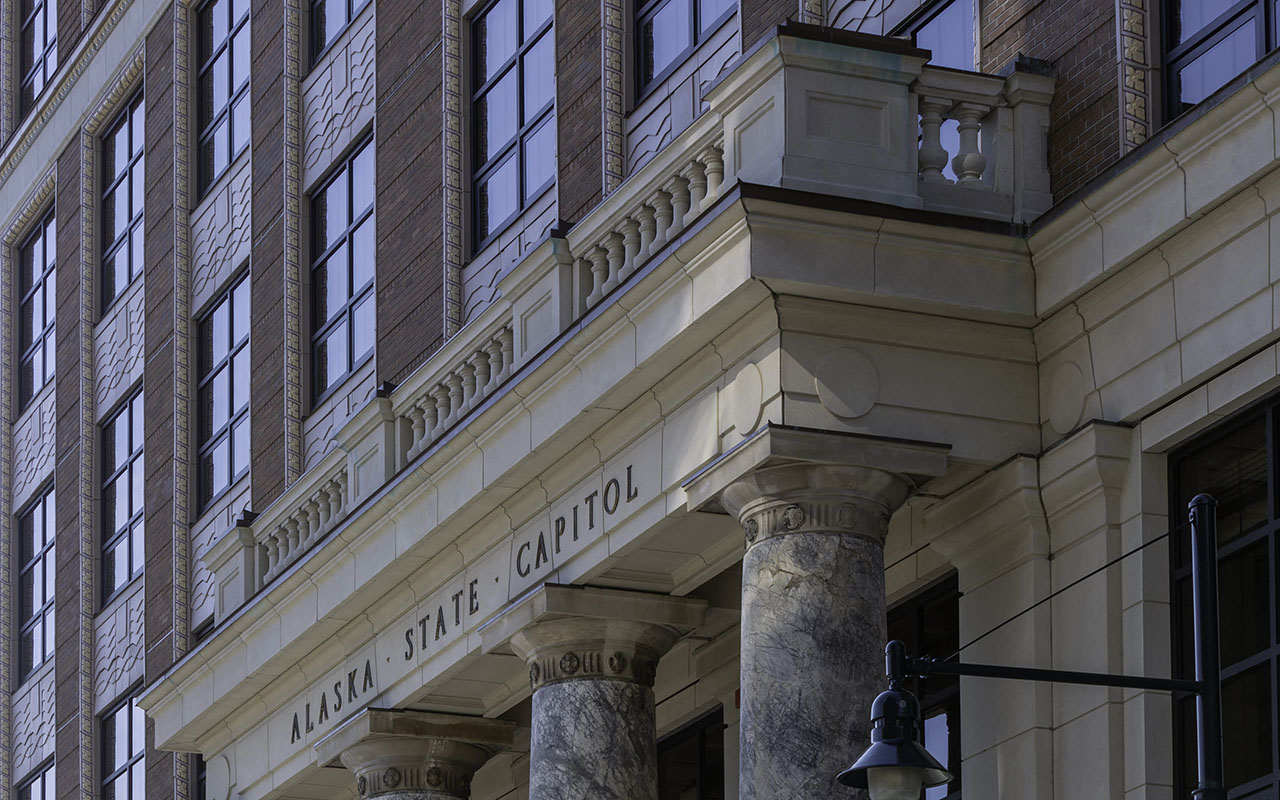 The Alaska Legislature convened in Juneau on Tuesday, January 21. House Speaker Bryce Edgmon, Senate President Cathy Giessel, and their respective chambers are tasked with passing a balanced state budget.Here are several of the top issues that Alaska lawmakers will likely address during the 2020 Legislative Session:

Budget
For the next state fiscal year, Governor Dunleavy has proposed spending $1.5 billion of the $2 billion remaining in Alaska’s savings accounts to balance the state budget. In 2013, these savings accounts held $16 billion. Last year, Governor Dunleavy proposed eliminating the state’s financial deficit with deep spending cuts. The governor’s new proposal calls for some cuts to keep spending flat despite inflation and scheduled spending increases. Several legislators have commented they are unwilling to drain the state’s remaining savings to balance the Governor’s proposed budget.The state legislature is anticipating a large supplemental budget request, upwards of $500 million, to cover shortfalls in the Medicaid budget, as well as summer firefighting costs, repairs from the November 2018 earthquake, and funding for the state retirement system. The supplemental budget “trues-up” the adopted state budget with actual state spending.The next key deadline in the budget process is the release of the Governor’s Amended Budget which must take place by February 19.

Taxes
The Fair Share Tax, a proposed ballot initiative, could change tax collection on the North Slope’s three legacy fields (Prudhoe Bay, Kuparuk, and Alpine). If passed, supporters claim it would raise $1.2 billion in state revenue. Rather than cede control of tax policy to a ballot initiative, the legislature may propose changes to the tax structure.Two additional tax bills introduced last year will be in play again this year:

During Legislative Session preview presentations by several Legislators, the issue of taxes is often discussed in terms of, would Alaskans support new taxes for a “full PFD” or should the PFD statutory formula be reviewed.

Health and Social Services
Gov. Dunleavy budgeted $3.4 billion to fund the Department of Health and Social Services, a 1.7% increase. This increase includes an additional $143.3 million in federal funds for Medicaid. During the 2019 session, Medicaid funds were cut by $160 million, but Medicaid spending is only expected to drop by $10-60 million. Legislators will need to address this shortfall through the supplemental budget (see above).The Governor’s budget also provides for a $5 million increase to the new payment assistance program at the Alaska Pioneer Homes. The payment assistance program was developed as part of the new fee structure implemented in 2019.

Education
Gov. Dunleavy proposes funding the state’s education system at the level prescribed by state statute. Currently, there are two legislative proposals: one to set up a compact framework for Alaska Native Tribes to operate K-12 schools, and another to launch a pilot program to integrate a pre-kindergarten reading program into K-12 curricula. The pilot program, paid for by the Department of Education through a $20.7 million, five-year federal grant, would include hiring reading coaches, establishing advanced training for teachers, and providing new resources for parents.

Alaskan Inmates
The Department of Corrections recently requested bids from out-of-state prisons to house 250-500 prisoners. In response, several state representatives are co-sponsoring a bill to keep Alaskan inmates from serving time Outside. The option of reopening the Palmer Correctional Facility will likely be a part of discussions on this legislation.