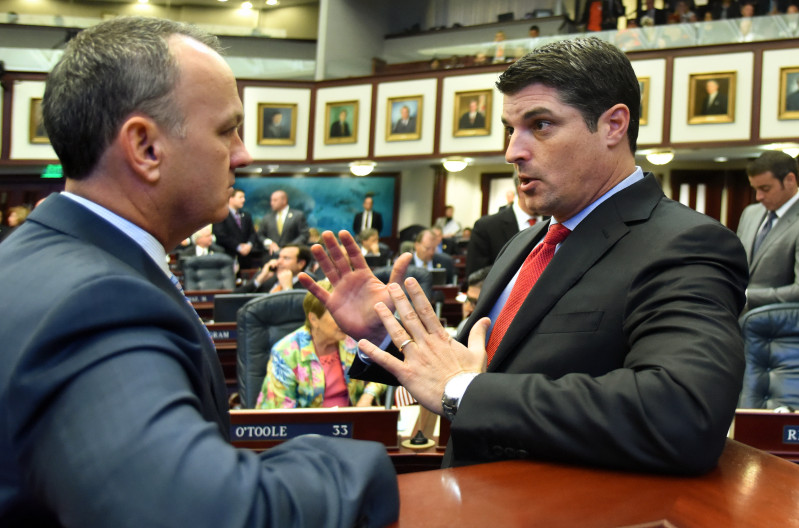 We’re in the third week of Florida’s 2016 legislative session and lawmakers are debating an array of important and fascinating issues. The 60-day session, which typically runs March through May, was moved two months earlier in 2016.

The following eight issues are generating a lot of buzz in Tallahassee. After reviewing the issues, please take a moment to provide us with your feedback on what matters most to you by taking a quick survey.

Since December, Gov. Rick Scott has been heavily pushing a proposal to cut $1 billion in taxes. Gov. Scott’s plan, which focuses largely on cutting taxes for businesses, has been met with plenty of criticism, but Scott has pushed back with a $500,000 advertising campaign. Opponents of the package have expressed their doubts that the plan does enough for average Floridians.

The Legislature will vote on a bill to allow people with concealed weapon permits to carry guns on college and university campuses. Proponents of the bill assert that it is a Second Amendment right of every citizen to defend themselves, citing the 2014 FSU Strozier Library shooting as an example of an instance where guns could have been used to protect students. The opposition argues that campus security should not be left to students and that concealed-carry permit holders are not well trained enough to remain rational in times of a crisis. Another bill would allow the open carry of handguns by people with concealed weapon permits. The National Rifle Association has endorsed the plan while most Florida sheriffs and police groups stand in strong opposition.

The 2016 Seminole Gaming Compact, slated to replace the compact that expired last summer between the state and the Seminole Tribe of Florida, would grant certain exclusive gaming rights to the tribe. If approved, the tribe would be required to contribute $3 billion in tax revenue to the state and would give up their ability to decide which forms of gaming to allow on their lands. Opponents argue that this bill could tarnish Florida’s family-friendly reputation and hurt tourism in other parts of the state.

Legislators are pushing to scale back several regulations including the Certificate of Need hospital review process, which requires that hospitals obtain state approval before expanding programs or facilities. Members of the House have argued that loosening regulations on the industry will increase the affordability of healthcare services for Floridians. Another legislative proposal would extend patients’ allowed time of stay in ambulatory surgery centers, and create recovery care centers that would be able to hold patients for 72 hours after surgery, which opponents say is not in the best interest of the patient and could lead to more harm than good.

What Senate President Andy Gardiner dubbed a “trifecta” of bills is headed to Gov. Rick Scott for approval early in the 2016 session; the legislation will help people with “unique abilities” gain economic independence. State agencies will be held accountable for hiring more people with special needs, reward companies that hire them and create a program to teach finances. Another bill expands educational opportunities for disabled people, as well.

Legislators are considering a wide range of bills that could change how the insurance industry protects consumers from fraud. One bill would end the predatory practice of Assignment of Benefits abuse, where homeowners unknowingly sign away their insurance claim rights to contractors before making repairs. The contractors then overstate repair bills and file hefty lawsuits against homeowners’ insurance companies, resulting in increased insurance premiums for homeowners across the state. Another bill would eliminate the required physical inspection process that certain of used cars must undergo prior to receiving insurance. The current inspection process was enacted nearly 30 years to reduce fraud and decrease insurance premiums.

Legislators are considering a bill to regulate ride-sharing companies, such as Uber and Lyft, creating a standard framework that would override local ordinances currently under consideration by cities and counties across Florida. Under the bill, all ride-sharing companies would have to require their drivers obtain a certain level of insurance for themselves and their passengers.

We’d like to know what you think about these issues. Please provide us with your feedback by taking a quick four-question survey: Start Survey