The Florida Good Government Group provides a unique opportunity for all HCA Healthcare colleagues to get more informed about and involved in local, state, and national issues affecting our profession and our lives. Raise your voice regarding government policy and decisions that matter to you.

News and Updates for Florida

Florida’s 2022 Primary Election is just around the corner on…

The Florida Legislature convened last week for its second special…

Health system to donate $1.5 million to the Nicole Wertheim… 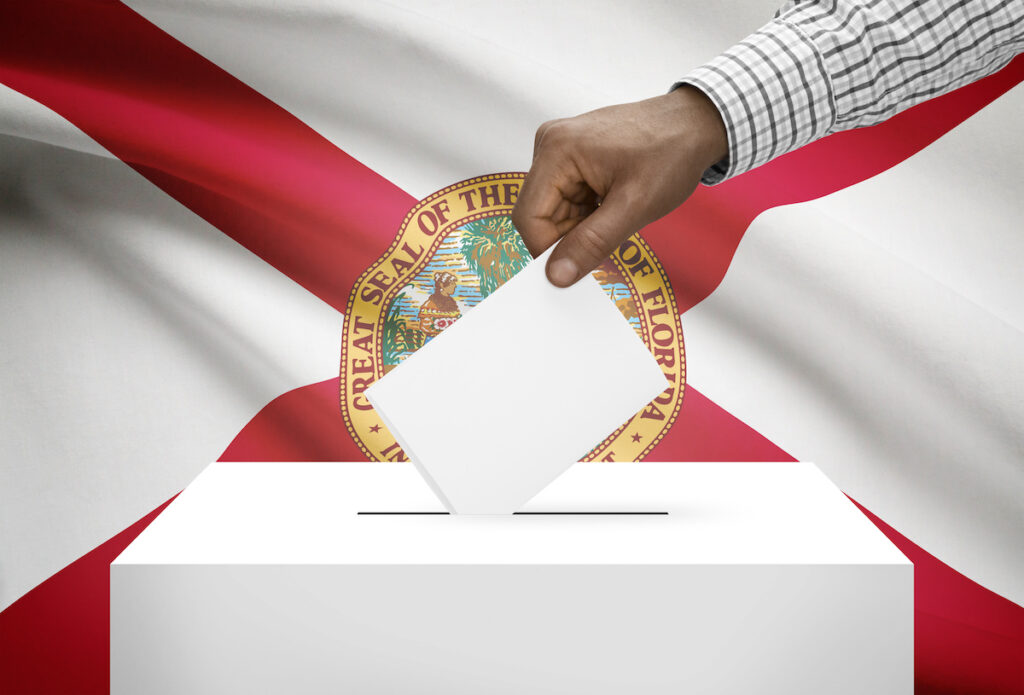 Heading into Tuesday’s midterm elections, many expected a Republican wave to traverse the country. Early results from Florida seemed to confirm this, though the wave later dissipated across most other states. In Florida, the results showed a clear Republican wave up and down the ballot, including an unprecedented gubernatorial win and nearly every contested legislative race. No Democrat will hold statewide office in Florida for the first time since Reconstruction. DeSantis’ Landslide Win for Governor…

HCA Healthcare is a nationwide graduate medical education leader with 300+ residency and fellowship programs across 16 states, training more than 5,100 residents and fellows.

In 2022, HCA Healthcare offered positions to over 1,860 residents and fellows, which is expected to be the largest incoming class nationally among U.S. teaching hospital systems.

In response to COVID-19, HCA Healthcare participated in the launch of the Dynamic Ventilator Reserve and our hospitals distributed 1,000 ventilators nationwide.

HCA Healthcare has not laid off or furloughed anyone due to the pandemic, and executive staff took pay cuts to preserve workers’ jobs.

HCA Healthcare paid $5.5 billion in local, state, and federal taxes in 2021 – including $2.6 billion of income, property, sales, and use taxes.

HCA Healthcare Graduate Medical Education is the largest sponsor of residency and fellowship programs in Florida, with more than 2,000 residents and fellows enrolled in the 22 teaching hospitals across the state.

HCA Healthcare acquired majority ownership of Galen College of Nursing, one of the largest educators of nurses in the U.S. With approximately 93,000 registered nurses, HCA Healthcare is committed to expanding access to quality nursing education and launched three new nursing school locations in 2021.

HCA Healthcare is in the fortunate position to be able to return $6 billion in CARES Act funding it received – $1.6 billion in provider relief funds will be returned and $4.4 billion in accelerated Medicare payments will be repaid in full ahead of schedule.

HCA Healthcare is one of the nation’s leading providers of healthcare and is comprised of 182 hospitals and approximately 2,000 sites of care including surgery centers, freestanding ERs, urgent care centers, and physician clinics in 20 states and the United Kingdom.

Sarah Cannon, the Cancer Institute of HCA Healthcare, provides state-of-the-art cancer care close to home for hundreds of thousands of patients, a number unmatched by any single cancer center.

Dr. Thomas Frist, Sr. and other physicians wanted to raise capital and procure the latest medical technology for Nashville’s Park View Hospital in the mid-1960s, but couldn’t find a group that would be the right fit. The answer: HCA Healthcare, founded in 1968.

HCA caters for almost half of all private patients in London. HCA’s London hospitals include The Wellington Hospital, just north of London’s West End, which is the UK’s largest private hospital, along with The Portland Hospital, which is the only acute hospital of its kind in London.

Dr. Thomas Frist, Sr. founded Park View Hospital in 1960 after was unable to admit his patients to the not-for-profit and church-affiliated hospitals that dominated Nashville in the 1950’s. He served as Park View’s CEO until 1968, when Park View became HCA’s first hospital.

HCA’s first initial public offering (1969) sparked a year of growth that saw HCA Healthcare more than double the number of hospitals it managed, going from 11 to 26. To date, HCA has gone public on three separate occasions.