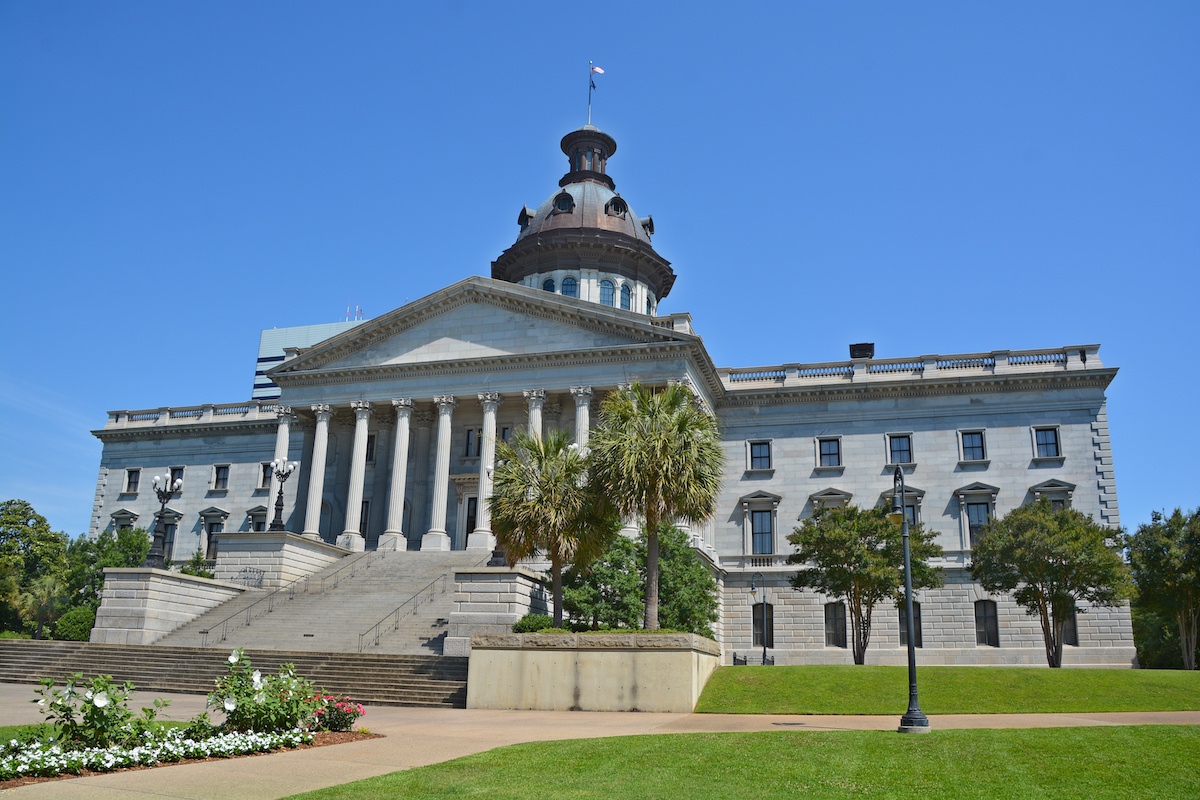 The South Carolina General Assembly convenes this week, with Republicans now holding a supermajority in the state Senate with a 30-16 margin. Republicans in the House added two seats to their majority during the 2020 election, which further secures their control of the Legislature in the historically GOP-leaning state.

Three members of the House tested positive for COVID-19 during planning meetings over the past few weeks. While every Senate member has pledged to wear a face-covering during the upcoming session voluntarily, the larger House has not secured such a universal pledge, increasing the risk of additional transmission in the Capitol and a disruption of the tight legislative calendar.

Although it is one of the hundreds of pre-filed bills, Senator Tom Davis (R-Beaufort) turned heads when he filed S.150, the South Carolina Compassionate Care Act. He claims to have enough support from House and Senate members to pass the bill, which would allow patients with qualifying medical conditions to consume marijuana orally or in oils. Should the bill pass, it is unclear whether Gov. Henry McMaster would sign it into law.

With the strengthened Republican majorities in the General Assembly, we may see the passage of a bill to ban abortions as early as the sixth week of pregnancy this year. Similar legislation passed the House last year but stalled on the Senate floor before the legislative session ended abruptly amid the COVID-19 outbreak.

Several newly-elected members of the Assembly campaigned on the promise to end abortions statewide, and corresponding legislation has been popular in both chambers for some time. Gov. McMaster has promised to sign the legislation if it reaches his desk.

Even if a strong pro-life bill were to pass the state executive and legislative branches this session, legal challenges would almost certainly and immediately bring the state judiciary into this fight.

The state-controlled and owned energy producer Santee Cooper has been a hot topic of debate in the South Carolina Legislature for years, scrutinized for poor leadership, illegal lobbying, and wasting billions on a failed nuclear project in 2017. This session may see increased activity on this issue, pitting proponents of selling Santee Cooper (potentially to Florida-based NextEra Energy) against those who would instead implement reforms.

In the aftermath of George Floyd’s death last May, many recognized South Carolina as one of only three states without a hate crimes law to impose criminal penalties on attacks motivated by a victim’s membership (or perceived membership) of a certain social group or race.

Last session, House Speaker Jay Lucas appointed a special committee to look at criminal justice reforms, including a subcommittee to consider hate crimes legislation. This year, members of both parties in the House and Senate have introduced hate crimes legislation. Business and special interest groups support these initiatives, increasing the likelihood of their passage in 2021.

The Legislature is responsible for redistricting following each census, and legislators are expected to address redistricting as part of the 2021 legislative session. Because Republicans control both the state House and Senate, any redistricting battles will likely be intraparty skirmishes.