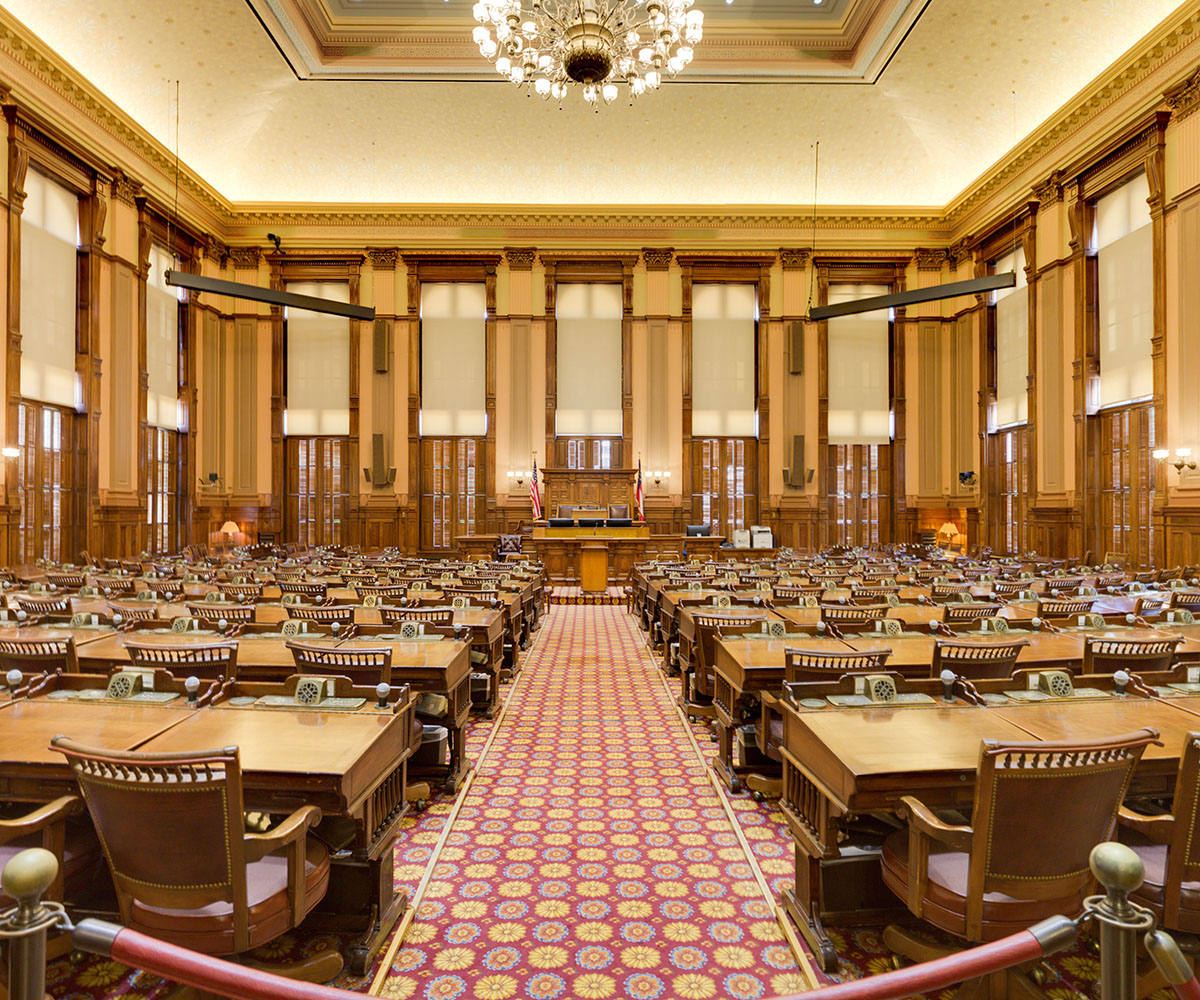 The first session of the Georgia General Assembly’s two-year term ended with a flurry of legislative activity up until midnight of the final day. In the end, legislators agreed to the must-pass budget, along with several other measures ranging from tax cuts to changes in the election law.

The Georgia legislature agreed on a 2022 FY budget in a largely bipartisan manner. The budget allocates $27.3 billion in state funds and $22.5 billion in federal money for a total spending package of nearly $50 billion. The budget does not fully reverse cuts made last year amid fears of the economic repercussions of the COVID-19 pandemic, and in fact, spends less than many lawmakers had expected. The budget does restore most funding to K-12 education and mental health initiatives. Gov. Brian Kemp was integrally involved in designing the budget and is expected to agree to it.

Georgia became ground zero for the national discussion on election law when Republican lawmakers passed, and Gov. Kemp quickly signed several bills to “reform” the state’s election laws. Critics argue that the measures are intended to make it harder for members of minority communities to vote. On the other side of the argument, supporters of the measures said recent elections have highlighted a need for improved election security so voters can have confidence in the results of future elections.

Changes mandate at least one absentee ballot drop box be available in every county, that it be indoors, and that its hours of operation are equal to early voting hours. The changes will also shorten the duration of the absentee voting period, increase ID requirements for absentee ballots, eliminate the gifting of food or drink for people waiting in line to vote, and set the runoff election day to four weeks after the general election (down from nine weeks).

The Georgia General Assembly passed a modest tax cut, which Gov. Kemp has already signed into law. The measure would decrease the state income tax burden on most married couples by about $63 and most individual taxpayers by about $46, while reducing state revenues by about $140 million.

In the wake of national calls to “defund” police departments, lawmakers passed a measure that prevents municipalities from decreasing annual police department budgets by more than 5% from the previous fiscal year and over a rolling one-year period. The bill includes exceptions for departments of less than 10 police officers or in cities where reduced revenue requires larger across-the-board reductions.

One of the most newsworthy pieces of legislation to pass this session is a repeal of the 1863 citizen’s arrest law, which has been widely criticized as outdated and dangerous. This issue became a major legislative focus after Ahmaud Arbery, a young African American male, was killed by two white men who claimed they were attempting a citizen’s arrest. The measure passed with only a single “no” vote, and Gov. Kemp has said he will sign it into law.

As originally passed by the Georgia House of Representatives, HB 290 by Rep. Ed Setzler, would have prohibited hospitals and nursing homes from implementing a policy that restricted visitors regardless of the patient’s condition. It also would have changed medical consent laws in Georgia by allowing other people to make decisions on behalf of competent patients. The Senate then changed the language to require hospitals and long-term care facilities not to implement visitor policies that are more restrictive than the minimum standards set by the Centers for Medicare and Medicaid Services (CMS). In the end, the Senate tabled the bill, so it was not approved this session.

SB 5 passed the Legislature and is on its way to Gov. Kemp’s desk for his signature or veto. This bill would update the Medical Practice Act and require the Georgia Composite Medical Board to establish regulations for the administration of sedation in office-based settings outside of a hospital or ambulatory surgery center, including new rules on required personnel, equipment, and monitoring. Additionally, the bill would require an individual who administers sedation in a dental office or medispa to be licensed to practice dentistry.