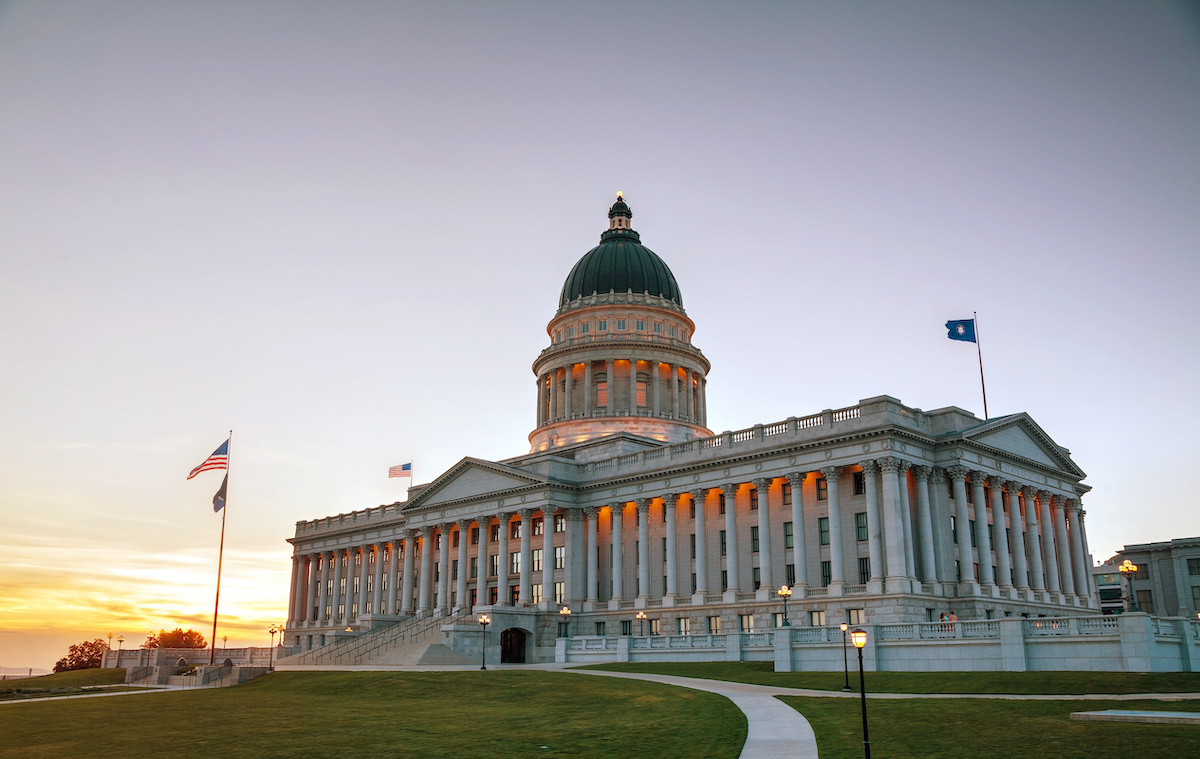 We are midway through the 2022 Utah legislative session. State lawmakers have been moving, amending, introducing, and reintroducing hundreds of bills – many of them focused on the FY 2023 state budget, tax cuts, COVID-19, education, infrastructure, and climate change, among other topics. Nine bills have been sent to Gov. Spencer Cox for executive action, with many more likely headed to his desk soon.

Here is an overview of the most talked-about issues of the Legislature’s first month in session:

Several years ago, the Utah Legislature implemented a two-step budget process that determines the state’s base budget, or a beginning budget level, based on the previous year’s spending. Lawmakers hold budget hearings at the beginning of each legislative session and must pass the base budget within the first 10 days. Governor Cox recently signed Utah’s $22.2 billion base budget for FY 2023, including an additional $57 million in rainy day funds.

The base budget includes $8.95 billion from the general and education funds but no federal COVID-19 relief funds. The funding will likely change since lawmakers are still awaiting revenue numbers from the end of 2021.

In the past, the base budget typically represents about 97% of the final spending plan, but it has never been identical to the final budget that the Legislature adopts at the end of its session. Lawmakers are currently debating whether to pursue a modified version of Gov. Cox’s $160 million grocery tax rebate or eliminate the sales tax on food in its entirety, which would ultimately affect the scope of the final budget.

According to the bill’s fiscal note, if approved, House Bill 53 would result in an average annual tax savings of approximately $210 for an estimated 71,257 Utahns in 2022.

The Social Security tax credit measure (Senate Bill 59) is still waiting to be placed on a committee agenda but will likely move forward in the coming days or weeks.

The legislation would create a Class A misdemeanor for “assault or threat of violence against a health facility employee.” It would increase the penalty to a third-degree felony if the attack is intentional and “causes substantial bodily injury.” Utah’s state code already applies those penalties to cover emergency room workers, but the bill would extend the same protections to all health workers across the state.

The bill is now moving forward to be considered by the Senate.

Utah has been dealing with the COVID-19 pandemic for nearly two years, and during this time nursing staffing levels have dropped precipitously.

An appropriation request, promoted by MountainStar, is moving forward that would fund programs aimed at training more nurses and healthcare workers in the state. The legislature is committing to deal with the shortage and availability of nurses across the hospital systems in Utah.

A proposal filed as SB 101 would codify the current emergency nurses apprentice program into law, making it so nursing students in their last semester before graduation would be allowed to work under the supervision of other registered nurses or doctors. The bill is now being considered in the House after it was approved by the Senate.

The Utah House unanimously approved House Bill 23, which provides $5 million to first responder agencies and requires all first responders and their families have access to mental health resources. The funds would help local agencies launch mental health programs and services, but the agencies would need to provide funding themselves in the long term.

Bill sponsor Rep. Ryan Wilcox (R-Ogden) has said this bill would help first responders who face high levels of stress on the job and struggle with mental health challenges. Under the bill, agencies would have to provide first responders and their families access to an outpatient mental health therapist or peer support services.

Insurers would have to include payments made on behalf of the patient in their deductible and out-of-pocket maximum. Lawmakers previously discussed this issue but have not sent it to the Governor’s desk. However, Senate Bill 139 recently received a unanimous committee recommendation and has advanced to the Senate for a vote.

Utah lawmakers will continue to debate critical issues, including recently introduced legislation that sparked controversy among parents and educators. House Bill 331, ​​sponsored by Rep. Candice Pierucci (R-Herriman), would allow parents to redirect state funds, designated for their child’s public school, to instead go to private schools. The legislation would give parents and students more educational choices and provide the highest financial assistance to low-income families. Utah educators and teacher groups oppose House Bill 331, which they do not consider a responsible way to spend taxpayer dollars. The bill is awaiting its first committee hearing.

In addition, a Utah gun regulations bill is now on its way to the House for consideration. Senate Bill 115 would close a loophole in state law that, since 2020, has allowed Salt Lake County to require vendors at gun shows in county facilities to conduct background checks.