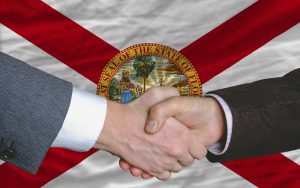 The 2020 Florida legislative session convened on Tuesday, January 14. Last year, the Florida Legislature adopted the state’s first-ever $90+ billion budget. Since 2020 is an election year for most legislators, they will be looking to pass a balanced budget that focuses on responsible spending. Governor Ron DeSantis has proposed a $91.4 billion budget, which would represent the smallest year-over-year increase of the past eight fiscal years.  Here are several top issues that Florida lawmakers are likely to address during the 2020 legislative session: Health Care Last year, House Speaker Jose Oliva was largely successful with his aim to overhaul healthcare regulations, including eliminating the certificate of need regulatory process for new hospitals and various healthcare services. Also enacted was a plan, championed by Governor DeSantis, to authorize the importation of lower-cost prescription drugs from Canada. Legislative leaders will determine how to reimburse hospitals that treat Florida’s most vulnerable, low-income residents with changes to several funding sources, including Medicaid budget proposals for hospitals.  During the 2019-20 fiscal year, 28 “Safety Net” hospitals saw their Low Income Pool payments increase by $98.6 million for treating vulnerable Floridians. These “Safety Net” hospitals also received all Medicaid rate enhancement funds (about $300 million), the majority of Disproportionate Share Hospital (DSH) program funds ($239 million), and Medicaid base rates. By comparison, the rest of Florida’s more than 200 hospitals that treat vulnerable, low-income patients only received Medicaid base rates and a small fraction of DSH program funds. For the 2020 budget, the House and Senate will again play tug-o-war over whether to continue providing 28 hospitals with all Medicaid rate enhancement funding or reallocate the $300 million into higher Medicaid base rates for all hospitals. At the same time, Florida is facing a likely $70.4 million reduction in DSH funding. U.S. Senator Marco Rubio has introduced federal legislation to update the DSH formula to more equitably fund Florida’s hospitals, but that solution will likely not come until after the legislative session, if at all. To offset Florida’s primary care provider shortage, a House bill would extend broader practice authority to nurse practitioners, allowing them to provide more kinds of care independently of physicians. A bill requiring minors to obtain parental approval before having an abortion advanced in committees and will be heard during the 2020 session. Legislation to control prescription drug prices through reform of Pharmacy Benefits Manager (PBM) policies is also expected to be heard.  Education
Florida’s Commissioner of Education has dubbed Governor DeSantis the “Education Governor” for his ambitious education proposals, and this year’s initiatives include a boost in teacher salaries, adjustments in a bonus program for high-performing teachers, and compensation for college athletes. Governor DeSantis also wants to implement a required civics test, provide alternate paths to graduation, and improve workforce education programs in the state. School choice, school choice vouchers, and public school funding will also be up for debate.  School Safety Lawmakers may enhance school safety measures by expanding on the wide-ranging school safety bill passed in 2019, which included provisions to improve mental health services and expand the school “guardian” program by allowing for armed classroom teachers. Tax Relief Governor DeSantis has pledged to reduce the tax burden on Floridians, so expect to see a comprehensive tax-cut package that may include a business rent tax cut, sales tax holidays, hurricane relief for agriculture, and more.  Constitutional Amendments Lawmakers are moving forward with an attempt to make it harder for citizens’ initiatives to earn a spot on the ballot. In addition, they are continuing a court fight – and considering whether further legislation is necessary – over the implementation of a constitutional amendment designed to restore voting rights to convicted felons. In the days before the start of the legislative session, the Florida Supreme Court struck down a proposed constitutional amendment that would have overhauled the state’s electric utility industry by creating a “competitive” electricity market in the state.  Environment Given the state’s challenges with red tide and toxic algae in Southeast and Southwest Florida, environmental spending is at record-high levels, and Governor DeSantis has put forward a $2.5 billion proposed spending plan. The plan includes $625 million in recurring funding for three years to use for Everglades restoration and protection of Florida’s water resources. Multiple Senate plans call for the establishment of a Sea Level Rise Task Force and a sea-level rise study on publicly funded buildings built in coastal areas.  Sports Betting Following the national trend of sports betting legislation, Florida lawmakers have introduced bills to legalize sports betting via the state’s lottery. Insurance
Florida lawmakers will consider whether to allow insurance companies to use genetic testing to decide on life insurance and long-term care policies. They will also hear a proposed Assignment of Benefits reform from the insurance industry designed to prevent auto-glass shops from offering incentives to make windshield repair claims.  Northwest Florida residents, businesses, and local governments continue to struggle in the aftermath of Hurricane Michael, and proposed legislation would help recovery efforts by speeding up the process of getting reimbursements from insurance companies. Transportation Last year, lawmakers authorized a significant highway expansion program that would create three new toll roads in the state, and this year they are expected to work on the details of its implementation. Three task forces were created to evaluate the plan and offer suggestions while trying to meet an aggressive schedule. In addition, proposed Senate legislation calls on the state to look into creating electric vehicle charging stations along Florida’s highways.